There have been so many stunts being performed on the Royal Enfield motorbikes in India.Simply awesome... I don't think Harley can stand up to all that ... ignore the japz for this exercise too :) . Indian Army team "Tornadoes" are a popular lot when it it comes to Stunts ... They are regular on Independance day(15th August) and Royal Enfield is the first and the BEST choice >>> check the lot ! 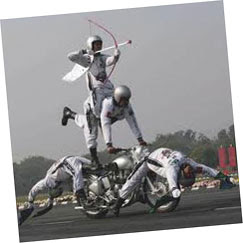 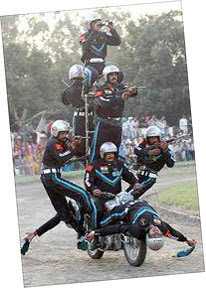 Below 54 guys on one Royal Enfield ! 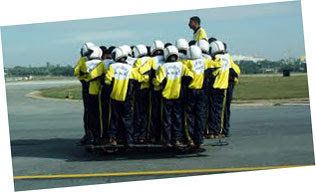 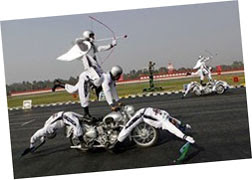 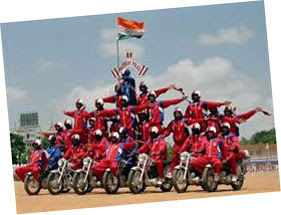 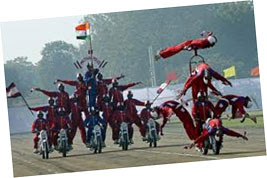 Thats a long jump.They some times jump over folks lying down too ! Ahem.. i prefer to be on the bike though :) 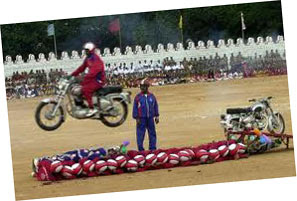 Water splash! If u havent had a bath or cleaned ur bike- Voila..golden opportunity! but do hold on to the bike. It will pass..what about you ? 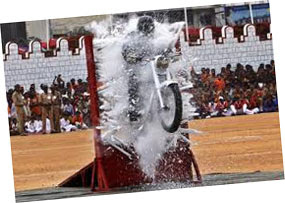 And other amazing formations... see no aeroplane needed 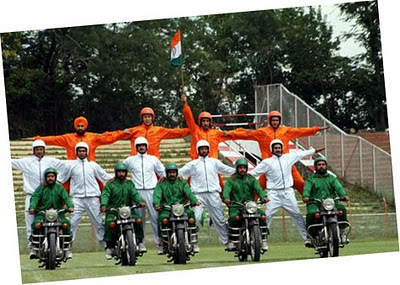 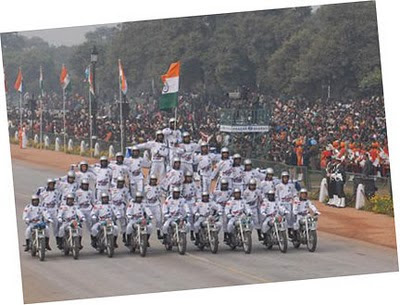 Above is just the stunt dimension of the Royal Enfield. And you might have heard of Jacqui Furneaux world tour of 20 countries on the Enfield ! 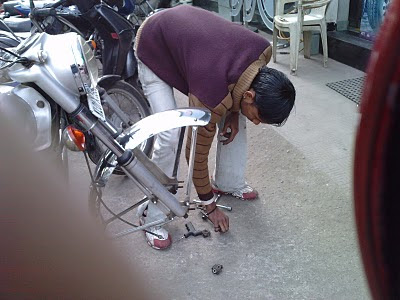 
I changed my Bullet front tyre from the factory fitted original one after 8+ years:D

Gone are the days of manual twisting to get the soul( i mean tube) of the tyre out. There's this wonder apparatus which one can smoothly get the tyre out of the wheel rim . Its powered by a smooth motor! Hmmm. the west makes things easy or lazy for us!One just has to push the accelerator like pedals to get it rotating and the tyre is out :D 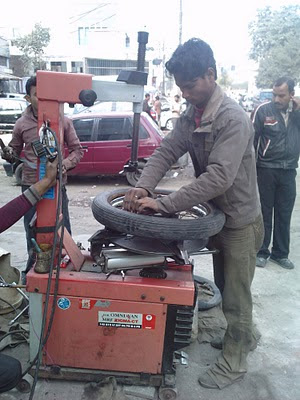 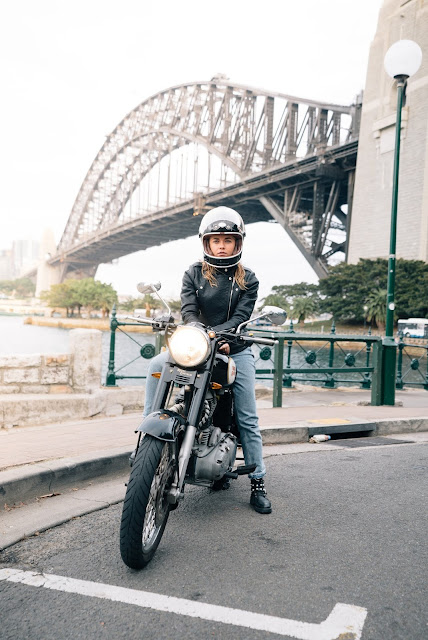